Excitement over plans for our upcoming Vienna Class of 1960-61 reunion, October 23-27, 2013, has risen so high that other vintage classes have asked to join us. So, we hereby officially extend our invitation to all members of the following classes (full year and spring) to join in Vienna October 23-27, 2013, for a reunion spanning five class years:

This website tells the story of being abroad in Europe as experienced by 213 American college juniors studying in the 1960-61 school year at the Institute of European Studies (IES), University of Vienna, Austria; of the reunion I arranged in Vienna in October 2011; and of our expanded reunion in October 2013 to include the classes from fall 1959 through spring 1964.

The enthusiasm of reunion participants to continue to stay connected to Vienna inspired me in early 2014 to found a series of week-long educational seminars in Vienna called Vienna Week. The first one took place in late January 2015 to study Vienna's 18th-century art, architecture, music and history. I plan to sponsor additional seminars in 2016 and 2017 covering Vienna in the 19th and the 20th century.

This site is not affiliated with IES except as an expression of our profound appreciation for the inspiration IES has given us to continue to enjoy wonderful Vienna and the world. 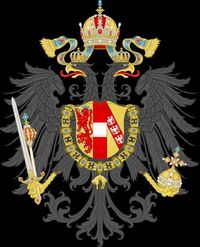